We often think about the connection between poverty and sex trafficking as only affecting victims from outside the United States. We may be familiar with the common story of an impoverished person being offered a legitimate job in another country, only to find themselves forced into sex work when they arrive at their destination. But poverty and lack of opportunity play key roles in trafficking here in the U.S. as well.

According to the U.S. Department of Health and Human Services, “poverty (as noted previously for victims of trafficking in general) places adolescents at increased risk of exploitation”. Traffickers often use the lure of money and expensive gifts as part of the grooming process on their victims. Young people from low-income families can be especially vulnerable to this tactic because their basic needs are not being met.

Homeless youth are also at high risk of being pushed into sex work. A National Sexual Violence Research Center resource reports that “23% of homeless young adults (ages 18-26) had engaged in the sex trade”. A report published in the Journal of Primary Prevention in 2019 found that LGBTQ homeless youth were at elevated risk of engaging in survival or exchange sex, trading sex for essentials like food and shelter.

The Polaris Project 2019 Data Report echoes these findings. The overwhelming majority of victims served by the U.S. National Human Trafficking Hotline in 2019 were between the ages of 12 and 20 at the time sex trafficking began. Runaway Homeless Youth was the 2nd most common risk factor for victimization, and Unstable Housing was the 4th most common. Job Offer/Advertisement and Posing as a Benefactor were the top 3rd and 4th most common recruitment tactics used by traffickers.

In the first six month of the RISE program here at the Signs of Hope, 54.2% of clients served indicated that they had received assistance from a welfare agency. 48.6% had received Medicaid, and 44% had received food stamps. Of the 18% of clients who reported that they were currently working about 55% reported working in the service or domestic industries (restaurants, fast food, housekeeping), notorious for underpaying workers.

The data is clear; when people are denied the means to meet their most basic needs, they are made much more vulnerable to exploitation and trafficking. As we gear up for a new legislative session here in Nevada, we need to remember that it isn’t just policies that explicitly mention human trafficking that will affect the issue. If we want to prevent the exploitation and violence of trafficking, we need to address economic factors like low wages, pay inequality, and the lack of affordable housing.

Gabrielle Amato-Bailey October 27, 2021
Earlier this month, the 5th US Circuit Court of Appeals restored the Texas ban on abortions after six weeks. Dr. Alan Braid of San Antonio is already facing multiple lawsuits under the “bounty hunting” provision of the ban, which allows any private citizen to sue a person who in some way assists or facilitates a patient’s access to abortion services to the tune of $10,000. This law is troubling enough even before noting the lack of exceptions for rape or incest. But this law doesn’t just leave out victims of…
Read More 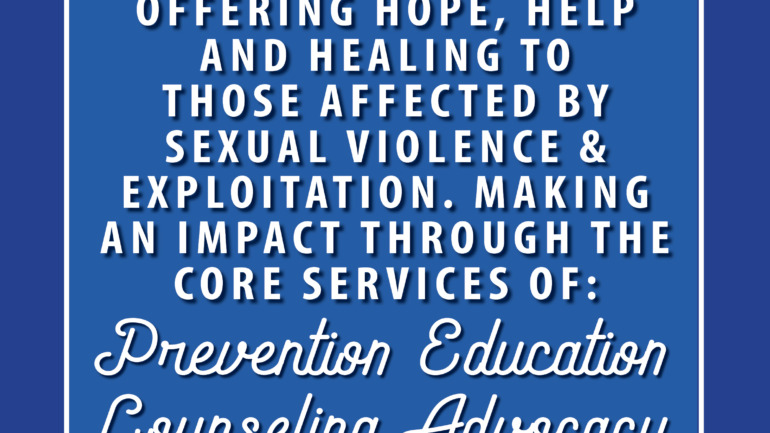 Changes to Our Mission Statement

Gabrielle Amato-Bailey May 27, 2020
The change was subtle, so you may not have noticed that our mission statement was recently revised. Although the change was not dramatic, it is reflective of the ways the Signs of Hope has evolved and expanded over the years. Our Board of Directors, with feedback from staff and input from our clients, has been considering a possible change in the name of our organization. This conversation led us to evaluate our mission, and consider vision and values statements. Our board and staff have been thinking deeply about who we…
Read More
Translate »